I returned to the rabbitpatch on Sunday evening.  Brant rode back with me and it was a nice change to have company . . . especially his.  We were both somber as both of us had  enjoyed our time together.  For me, it was a mixed bag of emotions.  I had left Jenny with an empty laundry hamper, clean sheets on all the beds and her pantry full.  Brant had cleaned the house, down to the floors and hung fall decorations on the porch.  The freezer had several dinners in it, that would only require warming up and Lyla had enough “honey cakes for the week . . .but the fact remained that I had left Jenny.

Now the other part of the circumstances was that I had sorely missed Kyle, Christian, my dog, Cash and the cat, Christopher Robin.  It seems no matter what,  I am always missing somebody.

School has resumed, here. . . and the ginger lilies are blooming .  The fragrance of a ginger lily is unforgettable.  It is a romantic  and intoxicating scent.  One evening, more than a decade ago, I was on the front porch at twilight, and the air was thick with a scent that reminded me of gardenias . . and  oranges . . and honeysuckle all combined.  I could not for the life of me, figure out the origin was of this delightful fragrance.  I knew the rabbitpatch, like the “back of my hand” and hadn’t noticed any new blooms.  I smelled them the next evening too and I decided I would make it my business to find out what it was.  My neighbor then, was  Miss Jenny,  who was also the lady, I had purchased the property from.  She had lived here a good deal of her life and was an avid gardener.  Her yard was a showstopper and she was always tending it.  The next morning, I asked her and she laughed a little and said, “that would be the ginger lilies.”  And she showed me her bed of them.  They are  not so common in nurseries, but a year or so later, I found them.  They are pricey and the flowers themselves are unimpressive to look at, but to breathe in the scent of a ginger lily, will melt the heart of a gardener as much as any rose.

The floss flowers are blooming, too.  There are masses of them all over the rabbitpatch.  I love the fairy like blossoms but can never decide if they are blue or lavender.

I plan to take some of the floral darlings with me.  It would be a good time now to pot a few up, but the mosquitoes are out in record numbers.  Just to walk to the car, requires constant swatting . . and the rascals are as big as I have ever seen them.  I do not trust mosquitoes and am convinced they are the root of all sorts of illness, no matter what the experts say. . .but what a shame it is to be cooped up in the house when a  full moon is rising over the field.

Officially, it is autumn.  Those who depend on a calendar will agree, but those who depend on nature, as I do, are only now seeing the faintest changes, and not fully convinced.  Not yet, has the maple shown any flame of color, but the dogwoods are at least hinting that the season is changing.  Here and there little flashes of crimson branches peek out and the berries are red, mostly.   The sycamores are beginning to drop leaves- and will do so for months, without mercy.  They are a messy lot most of the year, for they will also drop seed pods, the size of plums and they shed their bark as well. . .but when you sit in the shade of a sycamore on a hot day in July, you will forgive them readily for their many transgressions.

It is still hot here. Not yet, have we needed even a light sweater.  The window fan, still earns its’ keep.  According to the “Old Farmers’ Almanac”,  it will not feel like autumn, for a few more weeks.  Time will tell as it always does, but they are never wrong.  . .and neither is the maple.

There is a season changing, at least for me.  I am packing boxes, after all.  The laundry room is piled high, and several corners of the old farmhouse are as well.  Things are slowly falling in place and not yet do I not feel anxious, but I remain very curious as to the outcome. . . but I will say this –  The winding journey with all its’ twists and turns, does sometimes feel like I have taken the “long way home”. 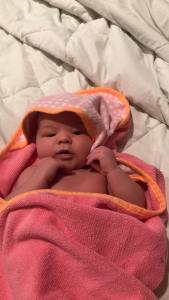 25 thoughts on “The Long Way Home”