Elizabeth City, is  just an hour from the coast. It is no wonder, that many residents of the town by the laughing river, have cottages by the Atlantic sea.  Wills’ family lends their cottage to he and Jenny for a certain week each year.  This past Friday, we left in the rain, for the time by the ocean.  The rain did not hamper our excitement, one iota.

After we were settled, everyone relaxed.  Will and Brynn took a nap.  I began reading.  Just a bit later, I heard a slight commotion and it was Tres and Sarah, much to my delight.  I was surprised so pleasantly, as I had asked Tres, the night before, if maybe he would come for a day, at least.  He fumbled through the conversation, and I knew he was so busy with some very complicated studies, so I did not press him to commit.  Now, here they were with luggage!  Everyone laughed at my surprise.  We had dinner at the cottage, for we are all still cautious and do not go out.  Afterwards, once again, the cottage was quiet. . .and once again, I was reading.  I did not even hear the next bit of racket-but suddenly Jenny came in, holding Ryan!

I was  stunned and could not make “heads nor tails” of it!  Brant and Sydney tumbled in seconds later . . .and they had luggage too!!  As it turns out, Jenny had arranged the whole affair, and all had rearranged their lives to make the gathering possible-a belated “Happy Birthday to me”!  I was one happy rabbit, to say the least.

Oh how happily, I drifted off to sleep, knowing the cottage was full of my darlings.  A light rain fell  and the waves of the Atlantic tumbled by gently.

The next morning, the rain fell steadily as we had our coffee.  One by one, the grandchildren woke and what sweet morning expressions, they wore.  Lyla is the early bird and awakes with “great expectations” every day.  Brynn and Ryan smiled shyly as each of us reaffirmed our love for them.  Each were greeted with “Good Morning, I love you.”  I cooked breakfast and listened to the happy chatter of  my clan-not one person complained about the out of season coolness and the consistent rain.

The days passed-every one wetter than the day before.  The men went to pick up carry out food, as most restaurants were practicing this service.  Tres found a deck of cards . Brant found little projects to do.  Sydney did a fancy hairstyle for Lyla and Brynn, did her best to “mother” little Ryan.  We feasted on fresh baked breads with Irish butter, gourmet cupcakes, and doughnuts Will picked up from a local bakery.  We ate sea food cooked various ways and were constantly amused in the antics of the grandchildren.  One of the things that warmed my heart was watching the way my family loved one another.  That is the purest form of gold, I think.  May it always be so, I prayed.

Brant had a birthday during our “holiday”.  That was the day that Will, bought the doughnuts.  I told the story of that day.  It was a Sunday, and I told Mama that I was not going to church, as I felt a bit “off”.  Brants’ dad was working.  Mama promptly declared that she wasn’t going to church either.  She came to sit with me.  I hadn’t a single sign that I had heard about.  I just didn’t feel right.  There was nothing to “time” . . so Daddy planned a cook out!  I remember remarking that I could not believe he was planning a picnic at such a time.  I did not eat a bite, but showered and put on my favorite maternity dress -just in case.  By one pm, I left for the hospital and Brant was born at four pm.  A few days later, I brought him home-and showed him the Mimosa tree in full feathery bloom, before, I went in the house.

It never did stop raining, but on several occasions, there would be a brief lull between showers.  At those times, all scurried to the beach.  The wind blew fiercely and was so chilling, that no one lingered.  They did manage to get a few photographs, before the next batch of clouds gathered.

The rain and cool weather was not the calamity, that it may seem.  The cottage was quite adequate.  Sometimes, it was lively and sometimes it was quiet.  It was always happy.  So many wonderful things happened, in the absence of clocks .  There were maternal conversations, shared by Sidney and Jenny and everyone napped with some child at some point.  The clouds had a fair share of “silver linings”.

“Parting is not such sweet sorrow.”   .  . .there is nothing sweet about it, to me.   . .but the day came anyway.  It was raining as we packed and  as we cleaned the house and as we loaded up.  We all promised to let one another know, when we arrived at our homes.

I have done a lot of thinking since the trip.  I realise more than ever, the joy of being loved.  To love and to be loved, is all its’ cracked up to be.   Love is the tie that binds, after all.  Jenny, orchestrated the entire thing , quite craftily, I must say, for she knew, I would love nothing better.  My sons , then cancelled plans readily, to accommodate such a venture.   I am completely humbled by their generosity and filled up with gratitude.

Something happened to me, during the rainy days by the sea but words fail me when I try to name it.  My gratitude increased greatly in a single bound, it seemed.   . . but it was more than that.  I felt content, which is more than happy.  I was completely satisfied and void of want.   I reflected deeply on my life, and I did not find it lacking.  I have no ambition to move from such a place, either.

I am not immune to desires, even in light of this, but “sitting in a storehouse, counting out my money” pales in comparison, to  authentic “gold and silver” which does not diminish in value on the whims of society.  I  must do better to love bigger and better.  I should remember that all acts of kindness, compassion, generosity and forgiveness stem from  love.  It is so easy to love my family, but  might I strive to remember that all folks are sons and daughters, when you think about it.  I will spend some time considering this lofty and complicated subject.   . .meanwhile,   I still have high hopes for a small cottage  -and a good pair of boots. 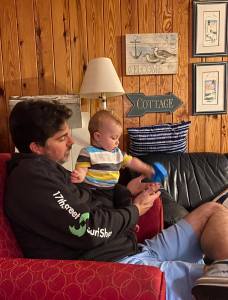 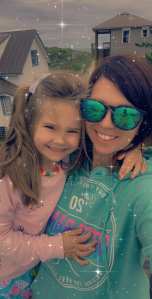 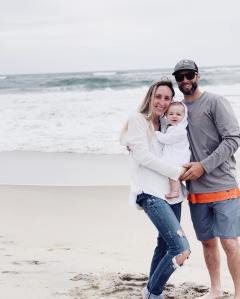 12 thoughts on “When it Rained by the Sea”