The light on the rabbit patch is as beautiful as it has ever been these days.  Fog and light seem on the same mission.  They are casting an enchanting spell-and I am taking note of this occasion.

Morning makes its’ presence known without hurry.  The nature of fog is slow and it has no shame about that.  Fog mutes the color of the days’ first hours or the day altogether, like a silver shadow. Like its’ cousin, rain, fog begs for our attention-and with dependable success, we notice.

Once in my life, I saw fog roll in.  It is not the same as when fog seems to fall.  It came across the field on the north of the rabbit patch and moved like an ocean wave. It is odd for me to describe fog as having a “force”-but on that day it seemed to, and I have yet to forget it.

I am in the habit of going out after dark to see what the night looks like. This week, the moon and the stars shone through the fog . The silver of the fog made the stars look like little, scattered pearls .  It made me want to gather them, but I was sure it would offend the moon.

Fireflies are back and I have seen them.  When I grew up, we called them “lightening bugs”. Either name is a good one for those little bugs with flashing lights.  The fireflies love pine trees and when they conjugate in  one, then the pine looks like a Christmas tree, even in May.

Children take great pleasure in catching fireflies in mason jars. I gave that habit up early in the game.  I caught them as a child, regularly in the spring. I was never able to collect many.  I was too careful not to harm one, and it made me slow.  We always let them go before we went in-but one time, I decided that a mason jar full of “lightening bugs” would make a great night light.  I fell asleep and woke, only to find to every little one of them had perished.  I felt just awful.  I was ashamed and I felt selfish, all at once.  I never caught another one.  I have been content for many years since to watch their shine from a distance. The world does not need one less firefly.

Today, the rabbit patch is a bright and shining place.  The sun is out with a golden glory.  The sun does not whisper, as the fog does, but shouts its’ light.  Nature has a lovely sense of balance and the light tells the story to teach us the lesson thoroughly.  Light changes as it needs too, and we ought to do the same. To me, light is a natural clock and I hope that one day, I can acknowledge that .  I dream in a “far-fetched” fashion and I am well aware of  it. . .  but while there is light, there is hope. 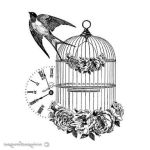 Live happily, ever after.

19 thoughts on “While There is Light”