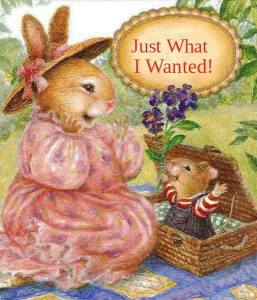 Saturday was a quiet day at the rabbit patch.  Kyle and Christian had plans and I did not.  I kept myself busy-a little.  I did chores leisurely and without a bit of hurry.  Time passed slowly and sweetly.  Cash and Christopher Robin were on their best behavior and were content in front of the window fan. I cleaned out my closet without mercy.

I spent most of the day thinking it was Friday,  That started on Wednesday, which I thought was Tuesday. The sanitation crew did not pick up the trash and I wondered aloud to my daughter, on the phone.  That’s when I found out that it had been Saturday all day long.

Tres called just after dark.  He was thirty minutes away from the rabbit patch.  What a sweet surprise!   I hung up happy and then thought of the huge mess I had made cleaning out that closet.  I dashed about like the devil was after me cleaning that up.  Cash and Christopher Robin took cover as they have seen this before.  I threw some sheets in the washing machine with some lavender soap.  I remembered that I had  made some small paint splatters on the floor from earlier in the day so  I tackled that and did a good job-but it made the rest of the floor need scrubbing too-so I got a bigger bucket.  I was hot and tired by this time.  Cash was on high alert.  Christopher Robin seemed nervous.  I had knocked the window fan over taking out the trash.  I don’t think either of them had fully recovered from that.   Having  had short notice, I threw the sheets in the dryer regretting  that they wouldn’t have  the smell of the lined dried ones-and then I lit a candle in the lantern at the back door.

I showered and was drinking coffee when Tres and Kelsey came in.  I wished I had made a cake.  We had a long sweet conversation  and I was as happy as a lark .  Peace was restored at the rabbit patch, though Cash and Christopher kept a safe distance from the window fan for the rest of the night.

Sunday dawned with a gentle light.  I made a pot of my best coffee, reserved for such occasions and sang while I did it. When my kids come to the rabbit patch and we sleep under the same roof, it is nothing short of beautiful for me- so this last day of July felt like a holiday.

The morning was a bit too short to suit me.  I blamed it on clocks, in general.  Tres and Kelsey left before noon and the day became ordinary.  A few hours later, the sky darkened.  I hoped it would rain-softly.  A short while later it did.  It had not done so since late spring.  Kyle came home and I convinced him to take a walk  with me.  It did not make good sense to him to walk in the rain-it made all the sense in the world to me. He gave in and we walked to the field and back.  It was short and sweet, much like the morning had been, I thought.

When I went out to say good night, there wasn’t a star in sight.  Instead the rabbit patch was hazy.  The night song of the night choir was hushed like a lullaby.  I thought about the day aloud-how good it  was to see Tres and Kelsey.  I was glad for the walk with Kyle with a soft rain falling.  It had seemed like a holiday, after all.  It was a generous day and I had been given just what I wanted.  Big raindrops started falling.  It sounded like an applause when they fell on the leaves of the sycamore.  It seemed even my good night was to be short and sweet, so I shouted out “thank you!  How good!  I got just what I wanted!” as I ran by the sycamores and into the house.

10 thoughts on “Just What I Wanted”