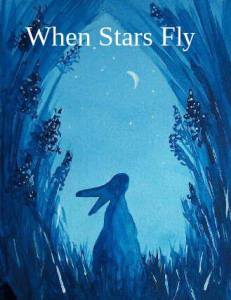 I finally found a reason to set a clock at the rabbit patch.  I had heard a lot of talk about the Perseid Meteor shower lately and I was determined not to miss the time when stars fly over the home, I call the rabbit patch.

Yesterday, morning clouds did not cover the rabbit patch-it was hot right off the bat.  When the dew dried, I started mowing.  I was able to think my thoughts and still avoided the fish pond.  I  saw the “magic lily” yesterday.  This lily gives no sign it is there, but instead, one night it grows about two feet and blooms!  It has been here longer than I have, but it surprises me every year.  It is the lovliest shade of a very pale pink and the flowers are quite large on the sturdy stalk. Wordsworth would say   it is as “fair as a star, when only one is shining in the sky.”-and he would be right.

Shades of purple can be found about the rabbit patch, too.  The rose of sharons  do not falter in the heat of August.  They are loaded with blooms that show up purple and turn all shades of blue in a few short days.  It is a splendid combination of color.  When I see them,  I remember my Aunt Carolyn.  I can see her, so carefully gathering the seeds and storing them in mason jars for me.  To think, I tossed them carelessly in a pot without so much as a prayer.  I don’t even remember watering them.  I was painting the kitchen and setting up housekeeping when she gave them to me.  They lived in the pot for two years before I got around to planting them.  Apparently, the rose of Sharon does not keep a ” record of wrongs” , though I feel sorry every time I see them- and I miss my Aunt Carolyn…

When I finished mowing, I started on housework.  A fair amount of the rabbit patch  soil always ends up on the floors of the farmhouse.   Company was coming and supper  had to be cooked too.  When I started frying chicken, I realised I was tired and hoped I would make it to the meteor shower.

Meteor showers do not ever come at convenient hours.  This one was supposed to be at its’ peak between two am and dawn.  I decided to get some rest and set a clock just in case.  I have watched meteor showers for a long time.  When my children were little, we would go to bed early and then go out  at the oddest hours for the skys’ light show.  I would lay thick quilts in open spaces.  We carried pillows and flashlights and set up camp.  My grandmother joined us one night.  That was a night to remember.  She did things like that.  Once, she went with us on a long walk through the woods.  We came to an old fence that day.  The kids went over it like little deer.  I waited and wondered  what to do, but when I turned to ask, grandmama was climbing over the fence!  She was seventy five years old .  In her last years, she lived at the rabbit patch.  At ninety two, she raked the yard, swept the many floors of the farmhouse daily and made up the beds.

I never did fall soundly asleep, last night.  I went out just after midnight with Christian. Stars were starting to fly then. We took a break and I returned with Cash after two.  It was as clear a night as I have ever seen.  For the second time this summer, I saw the milky way.  The feathery blooms of the mimosa tree were sweetening up the night air and stars were flying every minute.  I couldn’t even make wishes, because words had left me.  I watched  the fire in the sky in a state of wonder.   Some flew faint and fleeting.  Others lit the sky briefly and had flashy tails.  I don’t know what time I went in,  I just knew that I felt safe and content when I did.

This morning, I am remembering  yesterday with  the sighting of the lily-and the bushes full of blooms that grew from forgotten seeds.  I saw the time when stars fly -and  it is with great certainity that I can say wholeheartedly-  I believe in magic. . .  for I have seen it and know that is real. 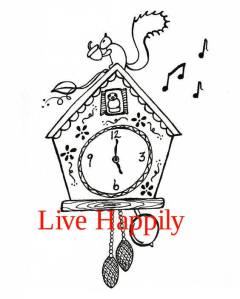 26 thoughts on “When Stars Fly”