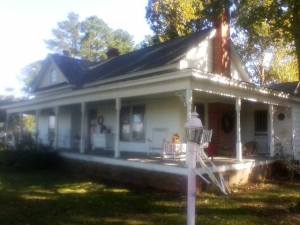 The rabbit patch was blanketed in fog this morning.  Fog, like its’ cousin “snow” quiets the world.  While there is fog, the world seems hushed, as if it is harboring a secret.  The air is as still as it has ever been, rendering the pines living,  silvery statues.  How elegant the lowly pine looks in fog.

When I was young, the event of fog, was the time to play “hide and seek”.  We did not tarry long at the breakfast table, on those days.  I can still remember the ghostly appearance of my little sister dashing from one place to another.  I was very liable to dance in the fog, during the game of course.  I did my best to mock the most graceful ballerinas.  I concocted music in my head and twirled around with very elaborate arm movements, which really spoiled the game for the ones hiding.  At some point, someone would whistle and I would snap back to the task at hand, of finding the restless children.

Yesterday, I had a change of pace.  I attended the wedding of my first cousin, Genas’ daughter.  My sister, Delores and niece, Dana came from Raleigh.  Mama loaded us all up, and off we went.

What a lovely occasion.  The flowers were the palest pink you could imagine and white.  Tiny lights were woven in like a twinkling ribbon.  My aunt Christine, the grandmother, of the bride, wore a powdery pink dress, which was becoming .  She and Mama are the only two left of their original family.  Aunt Christine glowed nearly as much as my cousin Gena did.  This is the first of Genas’ children to marry.  I wondered how she felt, for I knew her heart was full of all sorts of things.  The heart of a mother is so very complex and constantly jumbled up with a variety of things all at once, on any given day.

The ceremony was sweet, to say the least.  The groom was nearly beaming.  The bride came in, and there was the look on his face, of sheer adoration.  The bride wafted in like a good fairy.  How beautifully she  wore her joy.

There they were declaring their love before all of the world.  They were the picture of hope and dreams.  It touched me deeply to see them, in such a state of bliss.  Oh, how I wished good things for them! 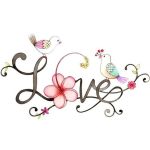 Gena was not always the mother of the bride.  One time, she was “the baby in the family”.    She was a lovely child with sparkling blue eyes and soft honey colored curls.  She was always clean and wore pretty little flocks.  I was sure she was a doll, It was my first experience with such a little cousin and  I remember talking quietly in her presence and having to tame some of my wildness, that came on me in spurts, as a child.

I do not know when Gena grew up but yesterday, she appeared in a dress the color of twilight, her sparkling eyes now, dewy .   Somehow, the sight of Gena sleeping in a white bassinet with  an airy fabric flowing, has stayed with me all of my life. . .and I remembered it again yesterday.

With today being Sunday,  my stove is earning its’ keep.  All of the burners and the oven is  full of simmering pots.  Potatoes, turnips and carrots are at a mad boiling, to be creamed later. Green beans and brunswick stew are cooking now while a wild blueberry cobbler bakes.   Chicken and cornbread wait to be fried.  The table will be full today, for Delores and Dana will be here .  Delores loves cornbread and blueberries especially, hence the heavy menu.   Of course, I am “happy as a lark” , though I worry the  paint supplies in the corner may spoil the charm of it all.  There is also a ladder in the hall.

Somehow, by noon everything was ready.  We ate and no one complained about a thing.  It is impossible to moan and groan when you are eating a good meal in the company of loved ones, I think.  I will say that the cobbler made from wild blueberries was as good as any as I have ever had.

Delores and Dana left to go to their home on an island, a few hours south  of the rabbit patch.  Delores has a son who is college bound in a few shot weeks.  It is his first year and what a lot of things to do, to prepare for that.  I know that Delores, like cousin Gena, will need to  bear the milestone, of a child leaving the nest, as best she can.   . .as all mothers do.  The summer is not the only the season that is changing.

The afternoon hours were void of obligations and things like boiling pots.  Supper is what is left from noon.   What nice things the last few days held.  What tender moments and lively ones too. .  This was no ordinary week end. 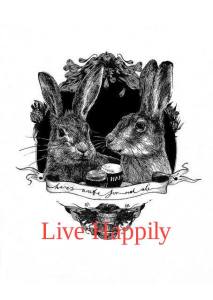 29 thoughts on “Not an Ordinary Week End”