School is closed due to the storm that flooded a lot of the area.  The rabbit patch sits “high and dry”unscathed, thankfully.  Mama and Daddy, have a soaked yard, but they too were spared, of major damage.  We both live  well inland, but the towns nestled by rivers, all around us have really suffered.  So has the coast, which is where Tres lives.  Tres, still did not have power yesterday.  Even so, his home and truck were undamaged, though fallen trees surround him, making it about impossible to leave.

I find it hard to get the plight of those that lost so much, off of my mind.  When the water does recede, the aftermath of a flood is tragic.  There is the waste to dispose of and  then there is the mold, that will surely set in. Recovery is slow and costly.  If there is a bright side, it must be the thousands of linemen that come from places like Florida, Virginia and New Jersey, and have been working tirelessly to restore the power.  Entire convoys have descended upon the small towns.  Tres says these men do not stop to eat, but instead work every hour they can clearing trees from homes and cars.  The residents that can, bring them food from their stashed supplies.  This moves me deeply and reminds me that there are very kind people in this world and  that compassion is alive and well, after all.  I am also reminded that heroes cast all types of shadows.

In Elizabeth City, there are only a few flooded streets, as proof, there was a hurricane.  The days are overcast and so very humid.  Showers fall at any given moment, but there are no complaints at the “original ” rabbitpatch, for the “Rabbit Patch Diary” was partially named for the large rabbit community, I encountered, as Lyla and strolled the village , that first spring of her life.  We are spending our days watching little Brynn sleep and smile.  Lyla is a sweet sister.  Yesterday, she said “I am so excited and I can’t quit feeling that way!”  My sentiments, too, Lyla. 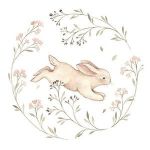 One day, we made pumpkin bread and another day, we made oatmeal cookies.  We plan to make cinnamon rolls when Brant comes, at the end of the week. Lyla loves baking, but the pimento cheese we made, was just “not her cup of tea”.  She has taken to watching all sorts of cake decorating shows .    I suspect we will soon attempt that shortly, though I am not a fan of artificial colors and will want to use berries and beet juice instead.

On Wednesday morning, the day dawned fair.  For the first time in over a week, there was sunshine casting long slanted rays, on the  Riverside village.  A flock of wild geese broke the silence of the first hours trumpeting as they flew over the “laughing river”, which is on its’ usual course today.  Some young squirrels were making the most of the acorns that came unfastened during the storm.  A flock of Robins foraged for all sorts of delicacies, unearthed when the river spilled over.  . .and a cool breeze blew chasing the hateful humidity away.  It was a beautiful morning and I regretted that mornings didn’t last all day.

I had business to conduct in the late morning.  Thankfully all went well.  My regular readers know that I am not a fan of any thing official or associated with “documents” -still it is impossible to avoid such tasks.  Jenny, Brynn, Lyla and I sat on the porch after lunch as the day continued to be a pleasant one.  A steady, cool breeze never ceased to blow merrily throughout the day. The wind tossed the willow tree tendrils in a spectacular production.  They reminded me of ribbons loosened in some sort of celebration.  How good it felt outside, at last.

Brant and Sydney came on Thursday.  I was on cloud nine . . .or ten.  Lyla was so happy to see them that she declined the chance to make cupcakes.  Of course, we have several special items on the menu, to celebrate .   Lyla asked me for a “piping bag” when I went to the grocery, so I suppose, the cupcakes will be made in the near future. Sydney loves cheese biscuits , Brant loves rutabagas.  . . and everybody loves cinnamon rolls.

A lot of schools have been operating on an altered schedule, and some have not opened at all. Recovery is a slow and tedious work and my heart goes out to the ones, looking for a place to stay, in the process.   The ads read, something like, “family with two small children and a dog seeking a temporary residence’.   Some people that evacuated, have not yet been back to see what the final results were, for their home.  Roads are still closed and so they must wait and hope for the best.  It is a tiresome plight  for all.  Even here, where all is well, groceries have no produce and milk just came in the last few days.  I can not imagine the conditions, where entire towns  can not be entered. I suspect that even the “hardest of hearts” will be grateful, when all is restored to our former way of living.

Meanwhile, little Brynn is adored and celebrated. Jenny is pampered and Lyla is reassured of her own worth, for we adore her , too . . .and as much as ever.  I stay busy with household chores, for I want Jenny to just enjoy her children – and to recover, for  this is a sacred time, if there ever was one.

33 thoughts on “A Sacred Time”