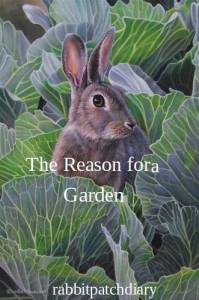 The diary of  any gardener will have many chapters over a lifetime.  They will span many topics and be full of accounts of good years and not so good years.  In many cases, it will be a love story.

Long ago when I was growing up in rural North Carolina, country folks had a garden.  It was considered of great necessity. Not to plant a garden was just lazy.  Some of my very earliest memories, are “in the garden”.  It was always on a sunny Saturday  morning, that I would wake up to the sound of Pop’s tractor.  It was always on a Saturday as the rest of the week, he was farming.  Soon I would smell dirt and I would go out to sit on the garden gate and watch his progress.

I did not like the planting that came next.  The children had to drop the seed with such care so  that it was a slow work.  A lot of fussing would arise if you dropped two seeds instead of one and always the dogs would get in the way.  The children got dirty and the adults got grumpy, but when all was said and done, we had a garden.

The Spring evenings that followed, were spent watching the adults tend the new plants with great concern.  Children and dogs were not allowed on the sacred soil.  That was just fine with me. I had broken young plants before and it seemed like we were all going to starve because of it.

The adults ridded the garden of weeds and grass too, another thing I was glad about.  Even now, I am prone to cut a pepper plant with a sharp hoe, if I am solving a mystery or planning something as I work-and it will make you grumpy.

As days passed, the garden got more child-friendly.  Something needed to be picked everyday.  I didn’t like that either.  The garden has a lot of “itch” in it-and frogs too.  If my older boy cousins found a frog, it was not my day.  I would scream and run without any thought to what I was tearing up or what I spilled out of those buckets-the adults would start hollering, and the dogs would come in to see what all of the commotion was about.  What an “ungodly ruckus” some one would say or “What ails you?” and not in a friendly way.  You can bet that in my own garden, I  still keep a sharp watch for frogs.

The wide row of strawberries that ran down the center of the garden was probably the best thing about the garden for me.  Grandmama would hang pie tins above the bed. They would shine and tinkle in the breeze. They were meant to scare the birds-I wished they had scared frogs.

Mama, grandmama, my sister and I picked together.  Grandmama made strawberry short-cake with those berries and I was glad to help on account of that.  Don’t think for a minute that our strawberries were ever served on any store-bought cake. It was home made pound cake and we     would pour cream over it just before we ate it.  I haven’t done that in a long while, but I think I will this year.

Grandmama passed suddenly one night at the age of fifty-two.  It remains one of the most heart-breaking things  I’ve endured in this life.  I can not imagine what it did to my mama. The garden seemed lonely and I thought I hated it.  I prayed for an early frost that would kill every hateful thing that grew in that garden. Mama did not.  She would get up early and have a lot done by the time my sister and I got up.   That must have been some lonely hours for Mama, I realise now.  Mama was a young mother at that time.  I am sure she felt wounded deeply- and maybe “stranded”.   I have never forgotten the hurt I felt , I can not imagine what  it was like for Mama .  In the afternoons, while we snapped beans, Mama did not  let on to her children any fears or agony she may have experienced.  Mama was kind like that.  I remember her suddenly getting quiet at times, though.  I knew she was missing her mama.

The best food I know of, comes from a garden. I declare it’s better for you and besides that it’s economical.  The work acts like a therapist and it provides physical benefits as well-but the best reason for a garden that I know of came about when I was growing up on a back country road listening to my grandmama and mama talking in a garden in hushed whispers sometimes- and later, my mama and I doing the same.

Dear sweet diary,  I think there is more than one reason, for a garden.

19 thoughts on “The Reason for a Garden”