Once upon a time, a long time ago, I was born and I had a grandmother named Edna.  She lived in a small house on a small farm-and she loved me very much.  Today is her birthday.

In all of my first memories, Grandma is there,  and wearing a  ” house dress”.  She is in the kitchen, the yard, or the “packhouse barn”-and always wearing a simple cotton dress.  In those days that was the way.

I was the first girl grandchild and for a while, the only one that was with her.  It was a grand position to be in.  I come from “sensible folks” and no one was willing to “spoil me” -I remain thankful for that.  It would not have served me well.  I do know that from the beginning, I was loved by this grandmother in a way that I haven’t forgotten though she died just short of a half century ago.

There weren’t “playdates” back then-nor preschools and no one took lessons for anything , especially if you grew up on a farm.  My childhood was spent with my people and I am not sorry for that.  The farm was the only playground I knew of and cousins were the only friends.  I did not even go to kindergarten, in fact, hardly anybody did.

I spent my days with grandma, “running the house”. Everybody else was out working on the farm.   I counted eggs and knew early on how many went in an ordinary cake and how many went in a special one.  I helped her make grocery lists for the A&P shopping.  If I asked her questions, she sent me to the World Books.  They were heavy for me, but I would lug them to the kitchen table.  I really believe that is how I learned to read, because I don’t hardly remember not knowing how.  Grandma was a collector of little glass figurines and had a book case full of them.  When I learned how to be careful, she let me remove all of them and  dust.  She also had a button box with fancy buttons that I sorted and a box of old photographs.  There was one relative that looked scary to me and she used to laugh about that. Most of these things happened on rainy days-if it was fair weather, I was outside.

I only remember getting in trouble a few times.  I was a repeat offender about climbing on the packhouse.  A packhouse was a huge barn used for dried tobacco , hay and corn to feed the animals-and also for storing furniture that wasn’t needed, but still fit for use just in case.  They were two story with  massive A-framed roofs.  All the farms had one and they all looked the same.  The roof made a wonderful slide and the pasture gate acted as a ladder to get there. The rust on my clothes acted as evidence of the crime. The view of how the fields layed out is still in my memory-it was beautiful.

My little sister was born, and my cousins from Kansas moved back to the farm.  Aunt Josie had a baby.  We all stayed with grandma.  I remained devoted to helping grandma run that house.  I rocked my little cousin, Carolyn for grandma.  Carolyn was my living doll baby.  I would swing her to sleep on the front porch and fuss with the others if they dared to play in the front yard while I was doing so.

After chores were done, we all played for hours uninterrupted.  Grandma was a perfect grandmother  for me though she broke rules as she saw fit.  I ate candy just before supper if I needed too.  She told me secrets about what I was getting for my birthdays-and she ruled us kids with fear.  If you played in a ditch after a rain, you were liable to get the “ditch itch” which was a horrible disease, so we didn’t track mud from a ditch on her floor.  The devil lived under the house-I never went there and if she needed, she would tell a story of  a terrible fate that happened to a child breaking rules such as hers.

Grandma left us suddenly, when I was ten years old.  It was the middle of the night and caused a big commotion on the farm.  Aunt Agnes, her sister, came to get the kids and grandma went to the hospital.  I knew she had died before I was told.

One thing I know, is that the power of love is mighty and does wonders for a child.  Christian asked me a few years back if I still  missed my grandma after decades-I just cried, and in that way he knew though I hadn’t spoken a word.  I grew up with confidence that I was lovable.  I knew how to learn and how to play.  I knew I was needed and valuable to her and the world.

I make my journey looking out for ditches and cold dark spaces.  . . and  have mostly stayed off the top of barns.  I make special cakes on occasion and Lyla loves a swing.  In the beginning of my life, I knew a love that would span the decades-and that has made all the difference. 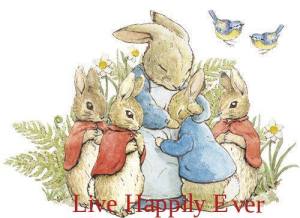 28 thoughts on “In the Beginning, There Was Love”