It is almost time to set the clocks at the rabbit patch.  The last week of the summer holiday starts tomorrow.  I have been attending to the last minute details of the rabbit patch with great fervor.  The sycamores have started dropping the first of their massive leaves-and a garden spider is spinning a web beneath the eaves of the farmhouse.

There isn’t time to plan a trip to Wilmington but I do hope to go to Elizabeth City for at least a day.  I must make peace with clocks this week. . .and buy batteries.

I like for the entire rabbit patch to be in good order before I go back to work.  It is a ritual I have observed for the decade that I have lived here.  The lawn mower has worked on and off the whole summer-I have kept my dad busy.  I also broke a rule and borrowed my neighbors’ while mine was being repaired.  I tore his up too that very day.  When you have a four acre yard, a lawn mower is a little tractor and it is a terrible event to get behind on mowing.  The grass shows no mercy for your predicament and grows tall and thick quickly.  Then you must mow slowly- and for most of the day.  It is likely when you do mow that something will be in the grass, that ought not to.  That is another problem.

Last week, the mower ran out of gas about midway through the effort.  I decided to take a ten minute break.  The mower never runs out of gas near the house, so I lugged the gas can to the edge of the woods to fill it up.  It wouldn’t start.  Mechanics make no sense to me.  The mower was dead and only clicked when I turned the key.  I had been careful not to leave anything on so it was quite a mystery. I would have given it a jump with the car, but the car was being repaired for the second time of the summer, as well.  Christian pushed the mower up to the house and under an old tree.  The grass kept growing.

Christian can hear a song one time-and then play it , on several instruments-He does not do lawn mower repairs, excepting the most simple ones.  He vows to learn more every time we are in that state of affairs-I vow to downsize.

Kyle came home and I told him, “we are selling this house!”  He asked what was wrong with the lawn mower.  He got it running yesterday so I mowed slowly and carefully, looking for whatever mischief the fairies had decided on this time.  Mowing is a good time to think.  The motor drowns out any chance of interruption.  Sometimes I “write” while I mow.  On this day,  I remembered the summer.

I felt “homesick” for my oldest boys-and even the splashing fountain I had sat beside and watched the wild geese swim.  The ancient oak that grows not far from Brant’s front door will have dropped its’ summer leaves by the time I see it again.  I remembered the “Sunday Dinners” that had happened on any given day for a while-and I thought of strolling with Lyla by the laughing river on Tuesday mornings as long as we pleased.  Well, I had worked myself into a sad condition.  Cash bore witness to this, as he follows me all over the rabbit patch while I mow-from a safe distance.

I mowed thoroughly with great care, knowing in the weeks to come, I would mow with great haste.  I mowed the little pasture and loved the old familiar smells the of the dog fennel and the “rabbit tobacco”.  Finally,  I got to the Quiet Garden.  The coolness that August had brought, had done the roses some good. I noticed that and then in the back corner,  I saw the black-eyed susans.  They were blooming like their life depended on it, and there were so many of them-it looked like a sunrise .  Some cone flowers joined them.  It was a cheerful scene and I felt better at the sight of it.  I did not plant either of them.  I did not think they belonged in the roses-only Quiet Garden, but I was glad to find them.  I admired them and felt grateful. . . and ran the mower right in the little fish pond while doing so.  The front wheel dropped with a jar and broke the spell I was in.  I have never done this before.  The boys weren’t home.  I cut the engine and tried my best to unlodge that wheel.  It did not work.  It is still sitting there this morning and I dread when the boys see it.  They will wonder how this could have happened and asked what I was thinking.  They will strain and grumble and tell me I need to be more careful etc.  I will say we need to sell the house! They will repeat”what were you thinking?” several times.

I will not run on about me remembering the summer and all the things I will miss.  I won’t say how much I dread relying on clocks in the too near future and was considering that.  I will just say, that I had a “golden moment” when I saw the bright yellow flowers. . . and that as it turns out, it was just what I needed. 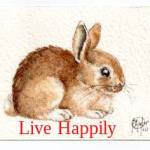 8 thoughts on “A Golden Moment”