I woke on Sunday to a fair morning.  The air was cool and the sky was bright. What a pleasant surprise June has been.  The hateful, southern humidity has been reduced enough to make the month mock the time of early spring.

I had arrived in Elizabeth City, the evening before.  Now, there was the unpacking to do, from the week of vacation.  Jenny would have  extra laundry, in addition, to the regular demand.  Of course, I was all set to hear  their adventures by the sea.

Straight  away, I found out that Lyla had built a fair amount of sand castles and had seen lots of pink clouds.  She had not seen a starfish, which had disappointed her, but   she had brought a sea shell  back, to give  to Miss Thelma .  Lyla was sure that the shell was “the fairest of all shells.”

With school closed, I have done an even worse job of keeping up with time, and the days of the week. One day turned into the next, filled with all sorts of tasks. There was always laundry, Brynn needed rocking and  there were meals to be cooked, on any given day.  Stories were told everyday and Lylas’ dolls needed fresh dresses.  Brynn practiced her walking and blowing kisses.  Will went back to work.  He kept track of the time.

One day, Lyla and I went to the grocery.  Another day, we made a banana pudding, a few days later, we made brownies.  We read Black Beauty again, for the book is just the first chapter – and we started a new poem.  One afternoon, we all visited with “Aunt J”.  Aunt J is Miss Claudias’ sister.  Oh, how Aunt J misses her sister!  Her eyes well up, at the mention of the memories.  They were sisters, neighbors and friends, after all.

The loss of a loved one, is a heavy burden to bear, I think. Few things in life rival the toll of that particular kind of loss.  Time may dull the hurt and render it more bearable, but today, I still miss my maternal grandmother . . . and she died fifty years ago.  I will say, the first years are always worse. than those to come.

I came home on Thursday, in order to attend a doctors’ appointment for Daddy.  It was to be a quick turn around, for I was cooking on Saturday, for a gathering, in Elizabeth City.  As it turned out, a crisis awaited .  . . Someone as dear to me as anyone else, had landed in a huge catastrophe.  Mama called in the midst of it all, to say Daddys’ appointment had been cancelled.

It was midnight, before, I had calmed myself enough to sleep.

On Friday, around noon, “the dust had settled” just enough for me to collect myself and head back to Elizabeth City. The grass is growing everywhere . . .but under my feet.

Though, I had been away but  a full day, Lyla acted as if she hadn’t seen me since Christmas!  Even little Brynn danced in her moms’ arms and squealed in delight at the sight of me.  That gave me quite a bit of joy.

The reason for my quick return, was  that gathering.   It was being held  for Mandy and her husband.  Mandy is the one, I have written of before, who started her own business, Pansy & Ivy.  She is a dear friend to Jenny, and dear to me as well.  Sadly, Mandy and her family are moving to Florida.   I had volunteered to make a main dish, for her “going away” party, hence, a good deal of Saturday, was spent in the kitchen.

The event had been planned out carefully.  Sarah Noble, another dear one, was hosting it and never does anything small. . .so she didn’t this time either.  Jennys’ account of the party convinced me that Sarah had given Mandy  a beautiful “send off”.

The rest of my time in the “village by the river”, was spent helping with chores, cooking and best of all, spending time with my grandchildren.  There was a stroll with both girls in the double carriage.  There were songs sung softly while swinging on the front porch and the daily “stories” to be told.  Brynn crawled and clapped her little hands.   Lyla danced around the willow tree and so the days passed, sweetly.

Such things provide a deep sense of contentment for me.  They are bright moments.  -and having the better part of a year,laden with disappointments and loss, those moments especially make all the difference.

I have had quite a variety of seasons, in my sixty years.  Many, and most of them, have been joyful.  A few were not.  Some occasions, warranted emotional recovery . . .they have always warranted courage, as well.  My faith, supplied both.  Still,  I stumbled at times with clumsy, faltering steps.  Fear, was often the culprit and seemed to be lurking in every shadow.  The older, I grew, the more I realised that fear, disguises itself in a crafty fashion, always pretending to be something else.

Thank Goodness for grandchildren and a front porch swing.  . . and  that no matter the conditions, tiger lilies and laughing rivers abide.  There is something about their steadfastness, that is reassuring.  “The rock”, that Lyla and I linger upon, offers a deep sense of comfort. . .and so do the majestic magnolias, that live across the street.  There is just something about nature that affords a dependable – and powerful nurturing, for my spirit, for I do not feel that I am only in the presence of rocks and trees  and blooming things-but also in the Presence, of the Hand that created them.   . .and without fail . . . I am better for having gone their way. 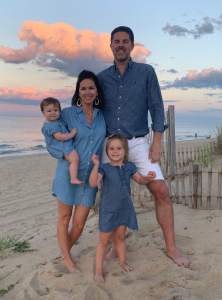 25 thoughts on “Lilies and Laughing Rivers”